After the discovery of Martha Jewell’s dead baby in the Radcliffe Infirmary in 1778 (Living and dying), the Matron, Mrs Whateley, was dismissed from her post. The Hospital Apothecary, who was responsible for the day to day care of the patients, was called in to a Governors’ meeting ‘and Reprimanded by the Chairman’ for his part in the affair.

Mrs Whateley had been the first Matron of the Radcliffe Infirmary, first of that title which conveyed the image of formidable presence, extraordinary efficiency and starched uniform. Yet this image, upheld and distorted in comedy, would not have been recognised by the early matrons of our hospitals, essentially housekeepers who also looked after the female staff, both nursing and domestic.

It seems unfair that when Martha Jewell died the Matron was dismissed and the Apothecary only reprimanded, but it probably reflects the attitude to the Matron’s duties. She was supposed to visit every patient every day (the minute books are full of rebukes to later matrons for not carrying out this duty) and she was responsible for the nurses who looked after Martha. That the Matron was supposed to notice absolutely everything is clear from this entry in the minutes in 1824: ‘the report respecting the nurse of the Marlborough Ward was made this day as to her general conduct being very negligent. This report ought to have originated with the Matron which not having been done the Board considered the Matron’s conduct reprehensible and direct that she be informed that any future neglect will be visited with their censure.’

Early matrons cared for the entire domestic running of the hospitals, overseeing the stores, ordering the food and giving orders to the cook, as well as being expected to care for patients. The rules of one hospital in 1872 state that the Matron ‘shall pay particular attention to the provisions, linen, laundry, and storerooms and shall perform generally the duties of housekeeping’. In 1878 a report about the Radcliffe Infirmary recommended that the matron should be relieved of most of her housekeeping duties and concentrate on nursing. However, in the smaller hospitals where the Matron ruled supreme without any resident doctors the housekeeping side continued. In the 1920s and 1930s the Visitors’ Book of the City Isolation Hospital at the Cold Arbour Isolation Hospital has many entries like these:

Matron tells me that she will need more sheets, towels, pillowcases and blankets

The Hammock Chairs badly need repair, but Matron thinks that she could get new material and have them mended

Matron was expected to live in the hospital and the first rules of the Radcliffe Infirmary required that she and the Apothecary must not be absent from the premises at the same time. In the Visitors’ Book in 1839 there is a reference ‘to the uniform and uninterrupted practice of this, as of all other Infirmaries, that its matron be constantly resident in the house and watchful over the daily and hourly ministrations of the household in all departments so that any continued absence from her duties for amusement or recreation cannot be permitted’. It is recorded of Rose Clarributt, Matron at the Radcliffe 1849-1879, that in one four year period she only left the grounds of the hospital once, and that was to give evidence in court against a hospital porter who was accused of stealing. Miss Clarributt was a staunch Anglican (she is recorded as having known the names of all the priests for miles around) and it was assumed by at least one Governor that this was a requirement of the job. In August 1891 the Committee voted to appoint a Miss Masson as Matron, but at the next meeting a week later Canon Ashhurst took exception to the appointment, on the grounds that she was disqualified under the Infirmary rules because she was not a member of the Church of England. The complaint was not upheld.

The matrons of the general hospitals were single women or widows whose responsibilities covered the whole hospital. The situation was different in the nineteenth century psychiatric hospitals, which were divided into male and female sides. At the Littlemore there was a head male attendant and a head female attendant, both under the Medical Superintendent, with a housekeeper to look after the domestic side. The Warneford was run by a series of married couples, the Resident Director bringing his wife along as Matron. He was entirely responsible for the male side and the rules stated that she ‘shall be responsible for the condition of the female wards and have the control of the female attendants and servants. She shall see all the female patients at least twice a day’. The life of the single Matron must have been lonely. Generally the advertisement for the post expressly forbade any applicant who had dependants and her life was usually centred in the hospital where she lived and where she was a figure apart. It followed that few would have known her well. When the Matron of Brackley Cottage Hospital died in unusual circumstances in 1911 there was speculation that it was suicide, although the official verdict and most likely explanation was misadventure. She was suffering from a headache and administered chloroform to herself, a common remedy at the time. She fell into a deep sleep and died from suffocation through lying with her face to the pillow.

It is in the twentieth century that we see the traditional matron beginning to emerge. Agnes Watt was Matron at the Radcliffe Infirmary in the early part of the century, a figure in local society and a hostess to the medical staff. Sherry would be served between operations, or tea taken at the summer house in her garden on the hospital site, complete with maid and silver tea tray. When the Infirmary first purchased the Manor House Miss Watt lived there at weekends. 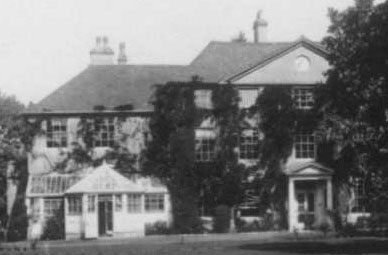 She could be a formidable opponent. One of the doctors met her in a hospital corridor when he was new. He was smoking his pipe and ‘she gave me such a dressing down that never again did I dare smoke anywhere in the hospital except in the residents’ room’. One of her successors was Miss Preddy, who was Matron during the second world war. In her book on the Radcliffe Infirmary Jenny Selby-Green records the story of a wounded soldier who was tired of Matron’s weekly visit in which she processed around the wards, asking everyone ‘how are we today?’. On one occasion instead of the usual ‘better, thank you, Matron’ or ‘about the same, thank you, Matron’ he replied ‘pretty bloody awful today, Matron’. She passed on without comment, unruffled. He had had a bet that he would say something stronger but this was deemed courageous enough for him to win.

It seems that the awe surrounding the figure of Matron is essentially English. Marjorie Peto tried to resist the title when she was in charge of the nursing at the American 2nd General Hospital at the Churchill during the second world war. In her book about her experiences, ‘Women were not expected’, she records the occasion when her resistance failed; she encountered someone quite as formidable as any traditional matron.

‘The Chief Nurse of 2nd General confessed to a strong dislike for being called by the customary English title of Matron; even though it suggests in England dignity only a little less than that of the Prime Minister’s, she felt the word in America had a reformatory flavor; as this was an American hospital, Lt Peto felt justified in issuing instructions to her own personnel. As a reminder her desk bore a small card inscribed: “Miss Peto”. But those who fly in the teeth of British tradition go down ingloriously. Lady Astor, small and brisk, arrived one day asking to see the Matron. The clerk at the reception desk said pointedly; “Do you wish to see the Chief Nurse?”

“I desire to see the Matron!” There was no uncertainty about it. “We don’t have one,” came the blunt reply but the clerk was getting hot under his collar. The Chief Nurse appeared in time to greet the visitor properly and take her on a tour of inspection but she remained a Matron the rest of the afternoon.’